Shocking spike in fuel prices is hurting all of us. Click here.
Home » Propane » Blackstone, VA

Propane Delivery in Blackstone, Virginia and Nearby Communities

Thomas Brothers has over a century of expertise when it comes to propane and fueling services. Now, we’re serving Blackstone and its surrounding communities with dependable, courteous fuel services, too! Whether you need propane delivery or propane appliance services, we take care of you like the neighbors you are to us. 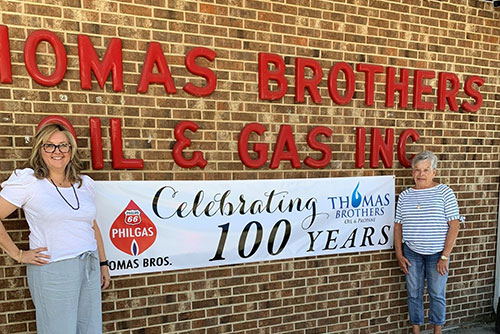 The Schwartz Tavern, built-in 1798 and added onto in 1840, still stands, fully restored and open for tours. It is on the National Register of Historic Places.

Blackstone was the home of Camp Pickett (later Fort Pickett), which was a large training center for the U.S. Army during World War II. It is currently the Army National Guard’s Maneuver Training Center.

Some notable natives and residents include:

“Thomas Brothers really came through for our family! We recently moved into a house with propane and had not yet called them for a checkup when we ran out of propane for our hot water heater. The office got us set up with an account and same-day delivery. Danny and Stevie came out to our house that afternoon. Got us filled us up, showed me how to check the gauge, and set me up for Automatic Delivery so we can be taken care of in the future. They didn’t leave until they had guaranteed that hot water was coming through the taps. They were friendly and knowledgeable, and we certainly appreciated their help!” – Ellen M.

Get the best propane delivery and service in Blackstone, Virginia! Become a Thomas Brothers customer today.